At the end of March, just in time to catch the beginning of the cherry blossom flowering, but before too many tourists arrived, I visited Japan.  We spent most of the time in Kyoto, which still retains much of the flavour of the “old” Japan and which I found fascinating.  One of the highlights was going to a flea market, held once a month in the streets around a large shrine.  Here I found some fabrics, including a piece of silk, shibori tied  ready for the dye pot and an old hand written journal which I later discovered to be a crop record on an estate.  I decided I would make a photo album with a difference – using fabrics and some beautiful paper I had bought there as the pages.  It is a double sided concertina book as I wanted the pages to remain as I had constructed them.  Many of the fabrics I have purchased over the years, some recently through eBay. 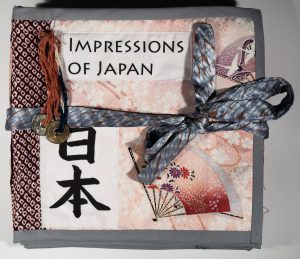 Most days we walked along the river Kamo and saw lots of birds including these white egrets and huge black kites. The second picture was taken in the garden of our hotel. 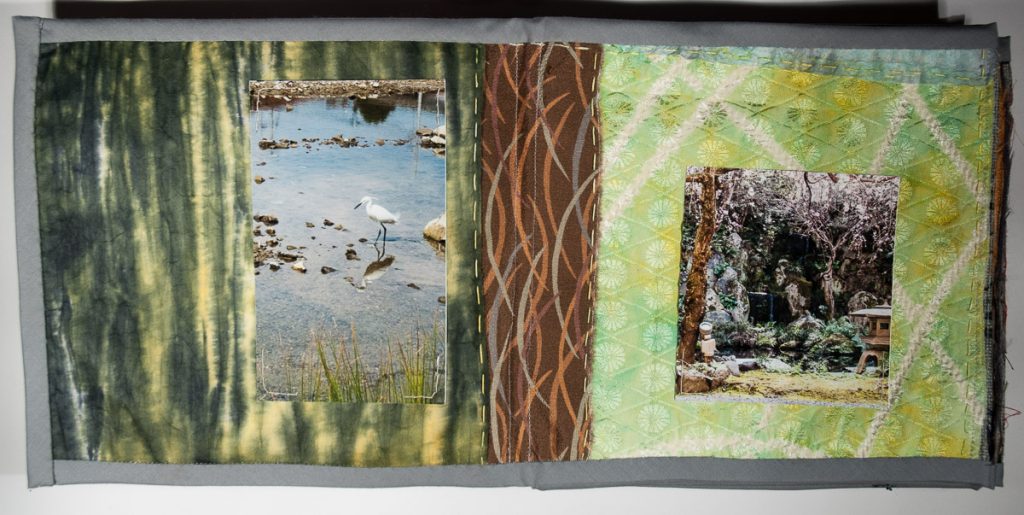 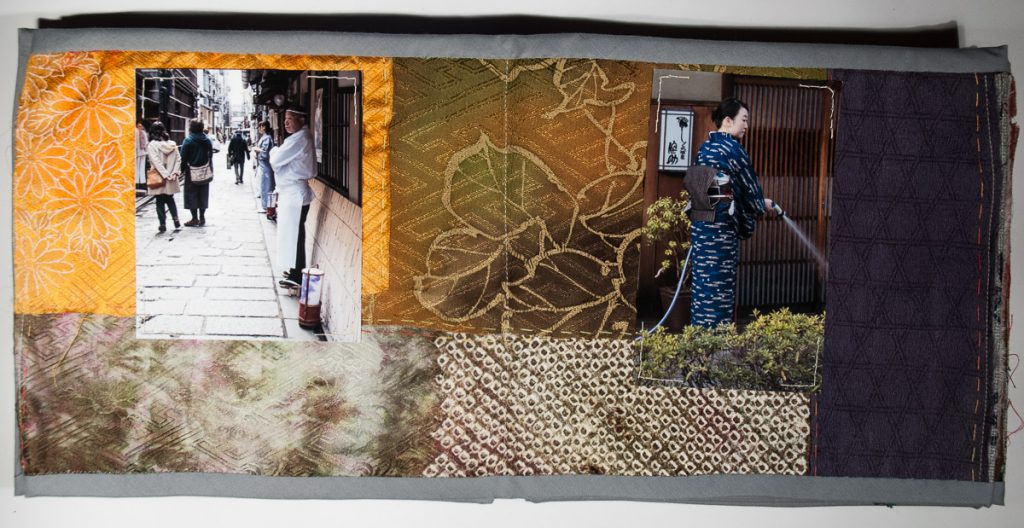 Lots of flowers everywhere.  The house on the right was a guest house.  It had a real international hippy feel to it! 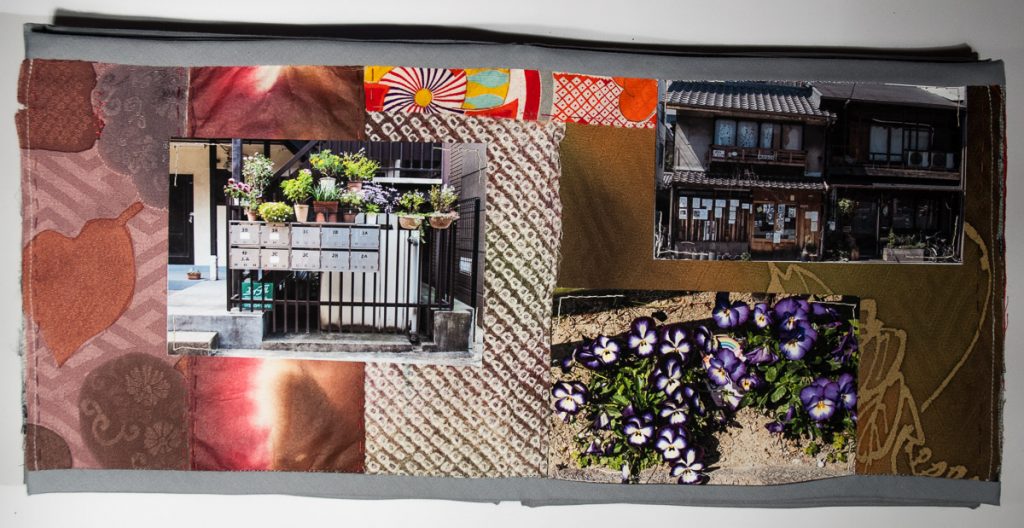 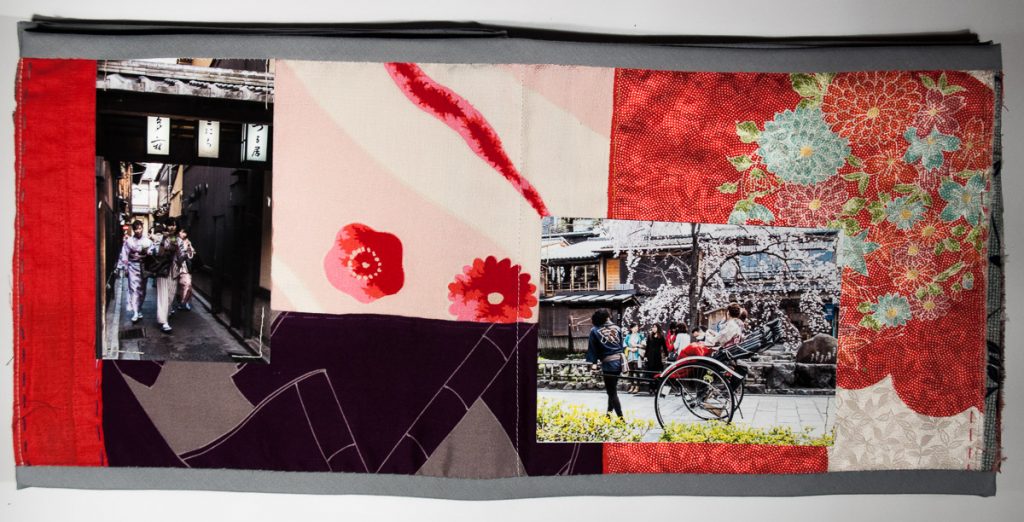 Gion again – above and below.  We spent a lot of time there, pottering, taking photos and we were very lucky to see the two Maiko. 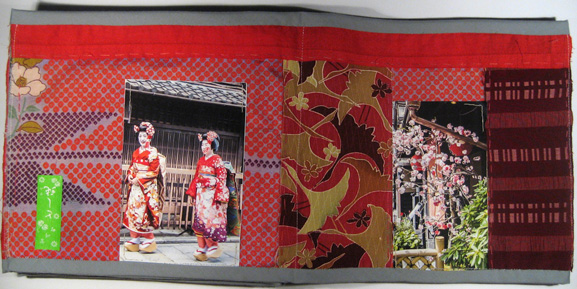 We saw Mount Fuji from the train.  The pieces of paper are from the estate journal. 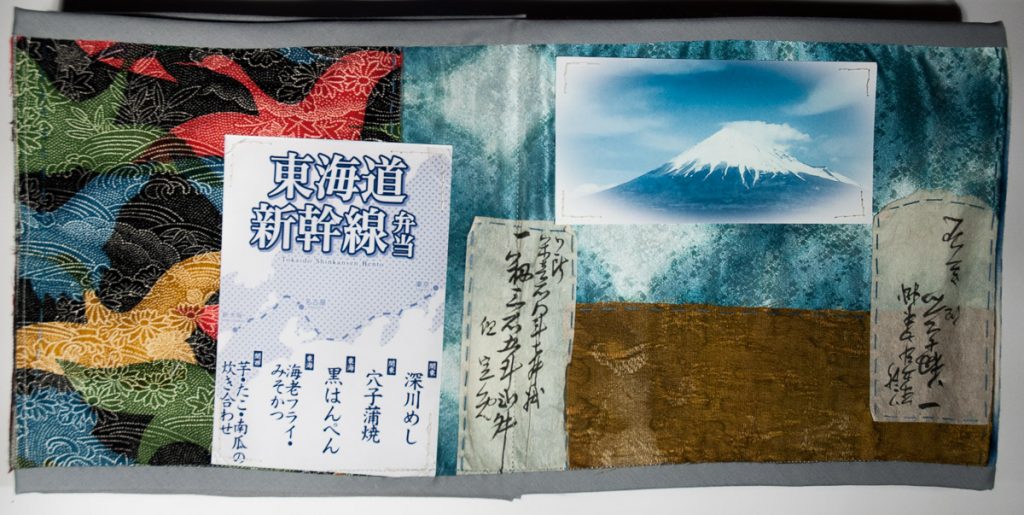 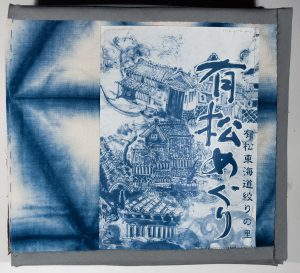 We visited Arimatsu, the centre of the World Shibori Network.  The photo below shows two of the very elderly ladies at work.  I was disappointed it wasn’t possible to see any of the artisans’ workshops.

Images from the flea market. 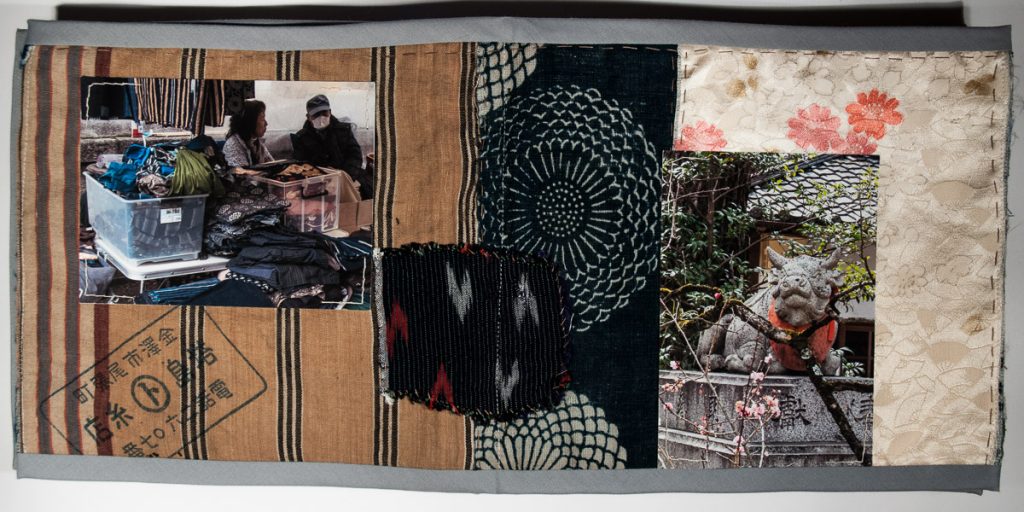 A little street shrine in Kyoto and a temple in Tokyo set against the high rises. 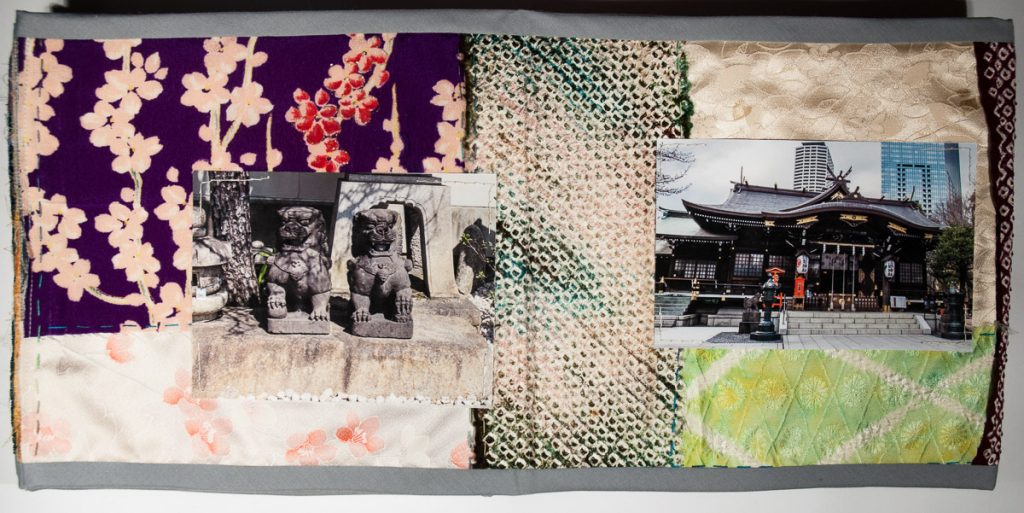 One Reply to “Impressions of Japan”