This is something I have been wanting to try for a long time and then I found an online workshop by Lynda Heines which gave me all the information I could possibly need.  The principle requirement is to use  mainly non-pure colours, because the whole idea of ice dyeing is to make the colours split in order to produce the wonderful pattern variations this method produces.

Having soaked the cloth (I used old cotton sheeting) in soda ash, I  pushed the damp cloth along the table top into rough folds, placed it on to something with holes – I used a variety of flat sieves, plastic baskets I punched holes into and foil barbecue trays with holes – using 2 for each dye bath with the lot placed in a bowl or plastic cat litter tray.  I actually dyed two layers of fabric as well, finding that the lower one often dyed a darker colour.  Covered with ice cubes, I then sprinkled on the dry dye, using two or three colours each time.  Covered in plastic it needs to stay in a warmish place for 24 hours. 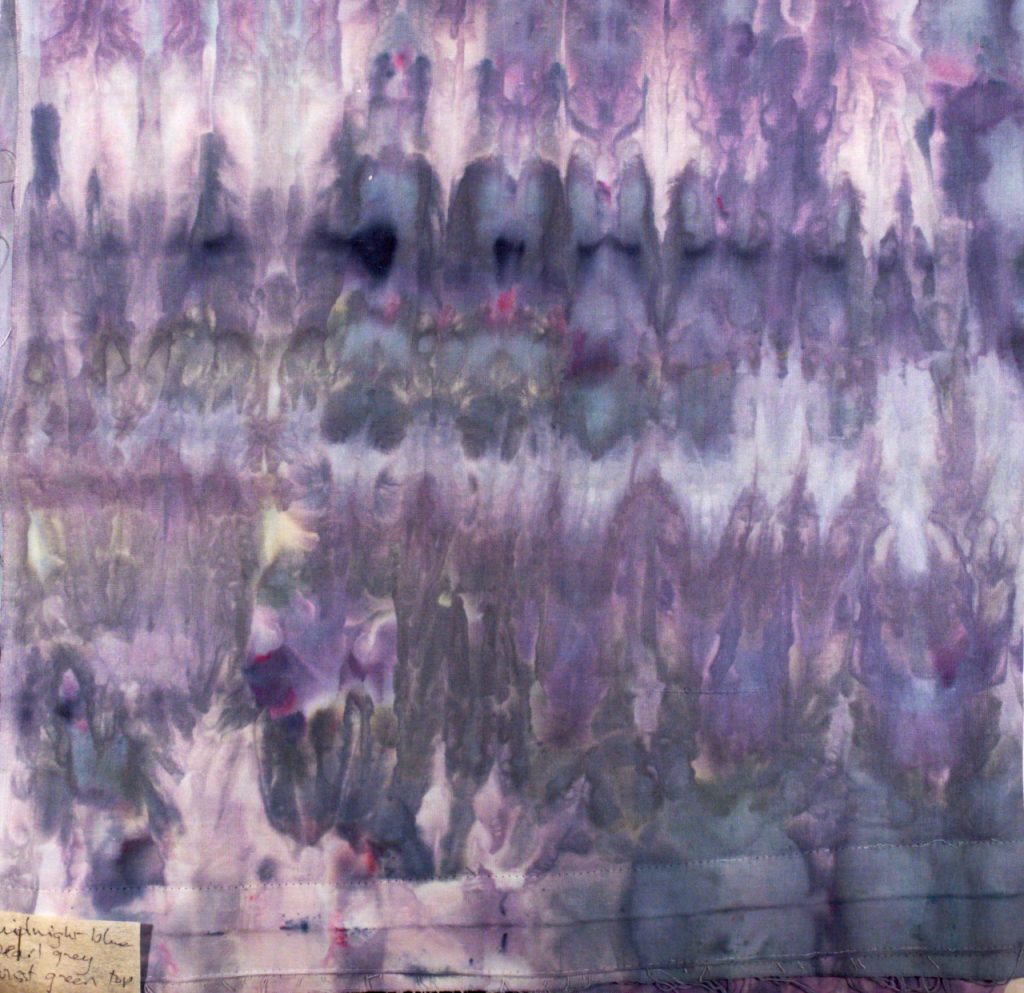 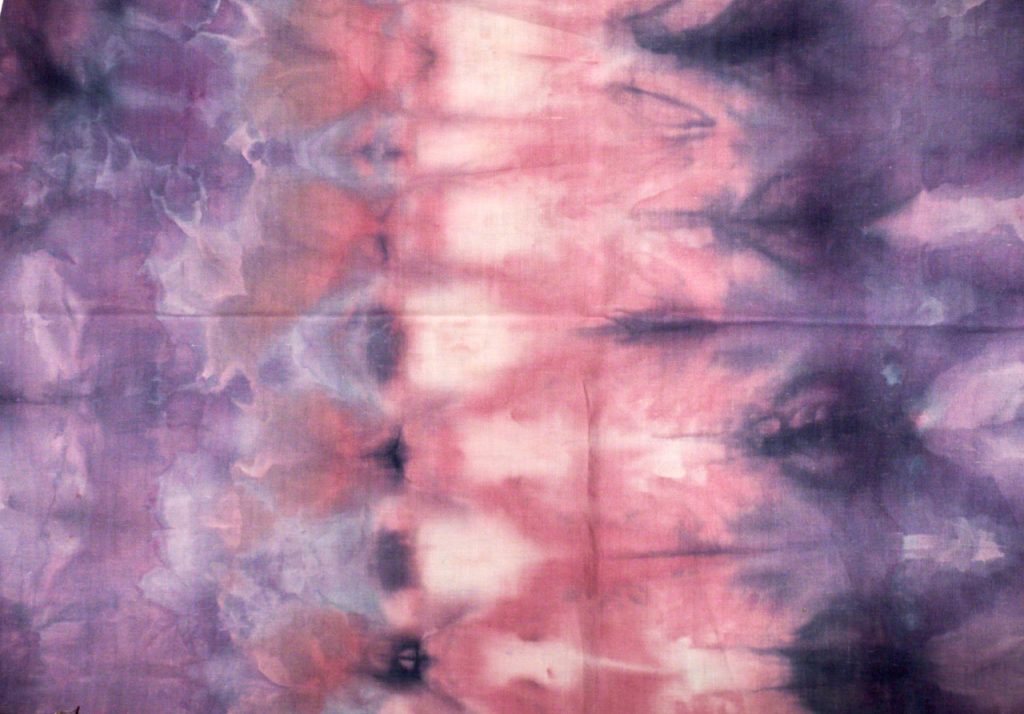 This is actually my first attempt and I used only warm black: 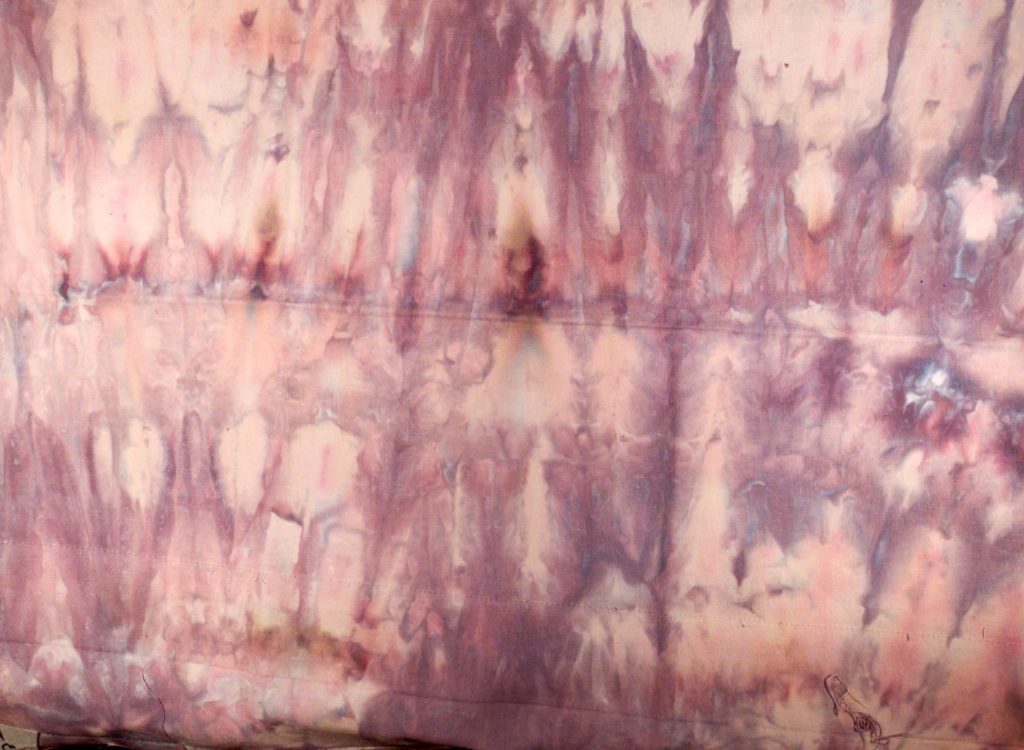 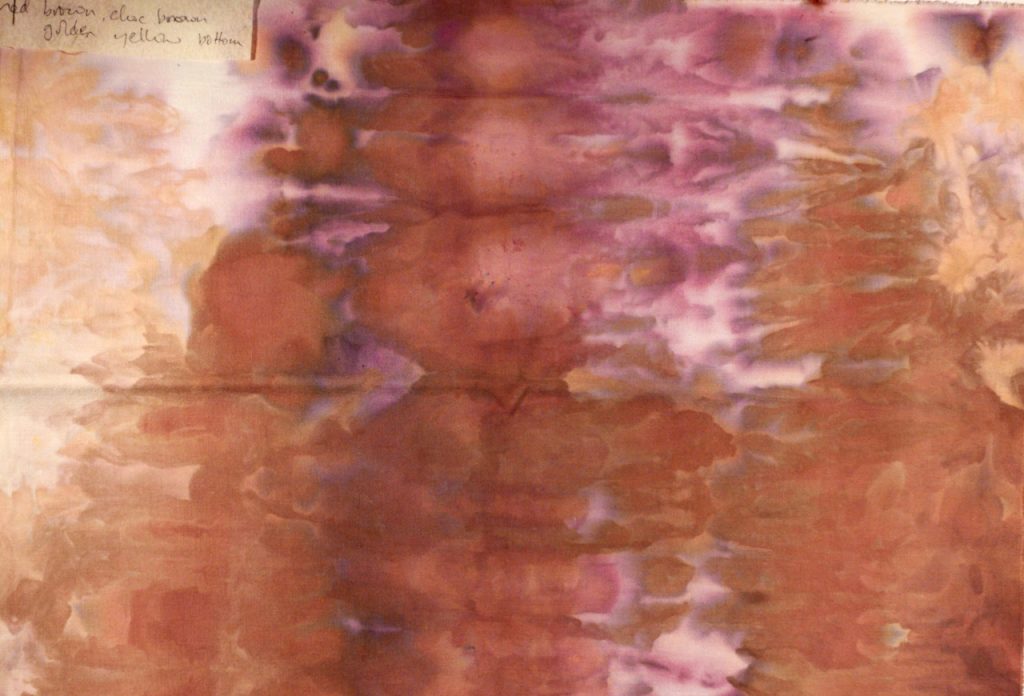 Top layer, mustard, orange rust, charcoal, then as I wasn’t satisfied with it, I overdid with golden yellow, red brown, red orange: 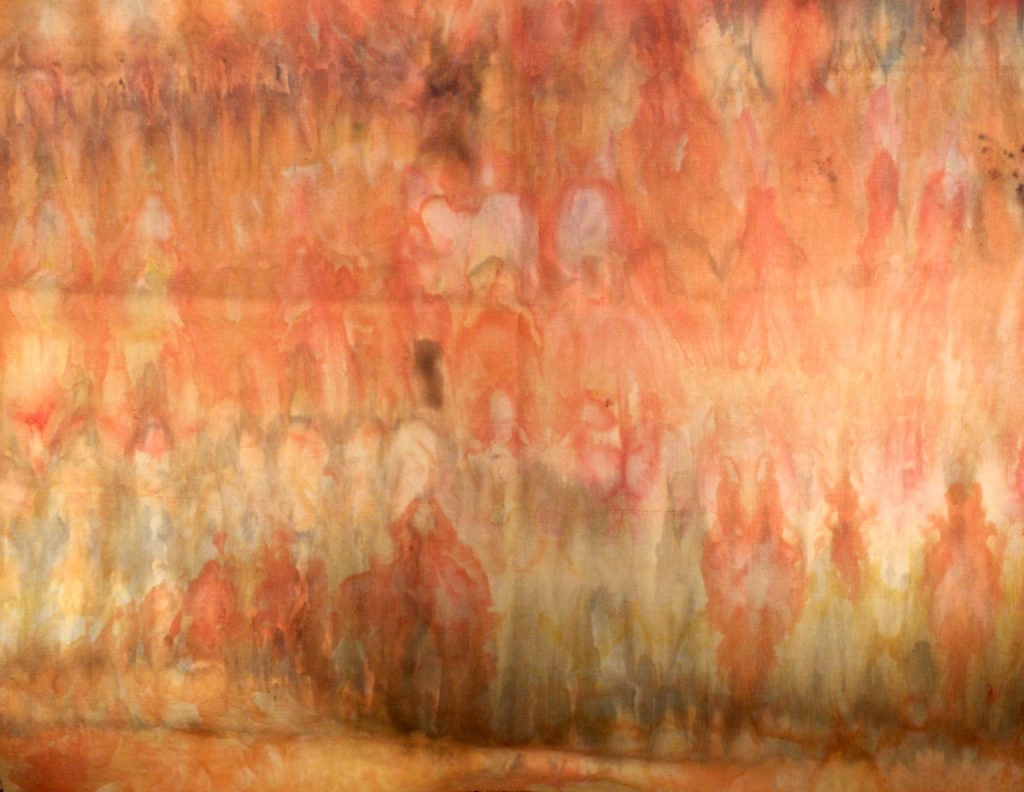 This is a piece of muslin.  Bottom layer, mustard, orange rust, over dyed with chocolate brown: 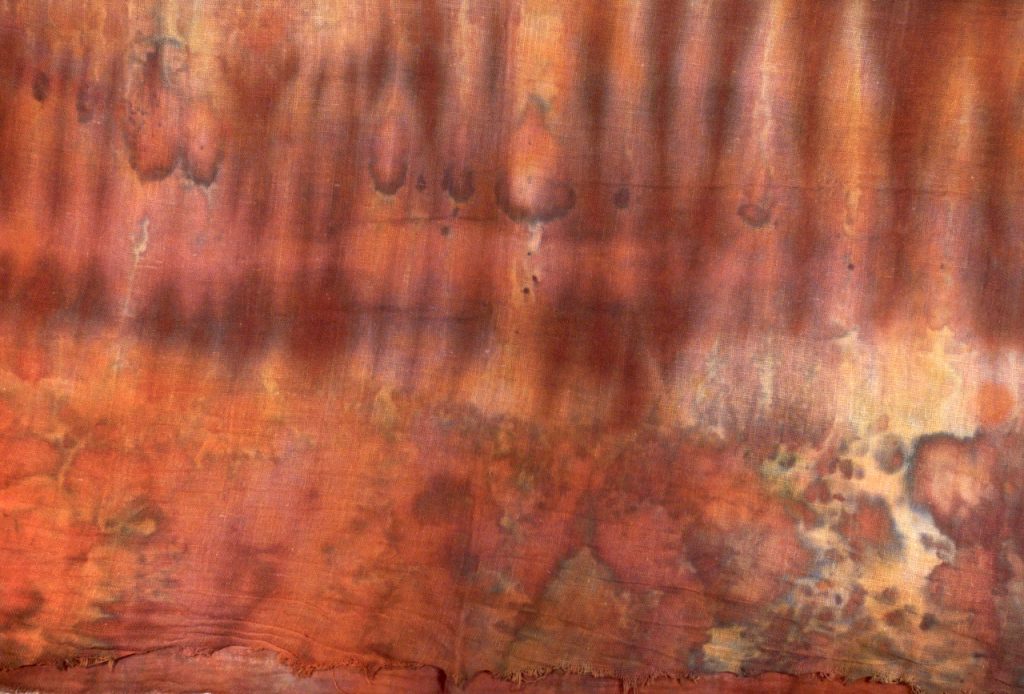 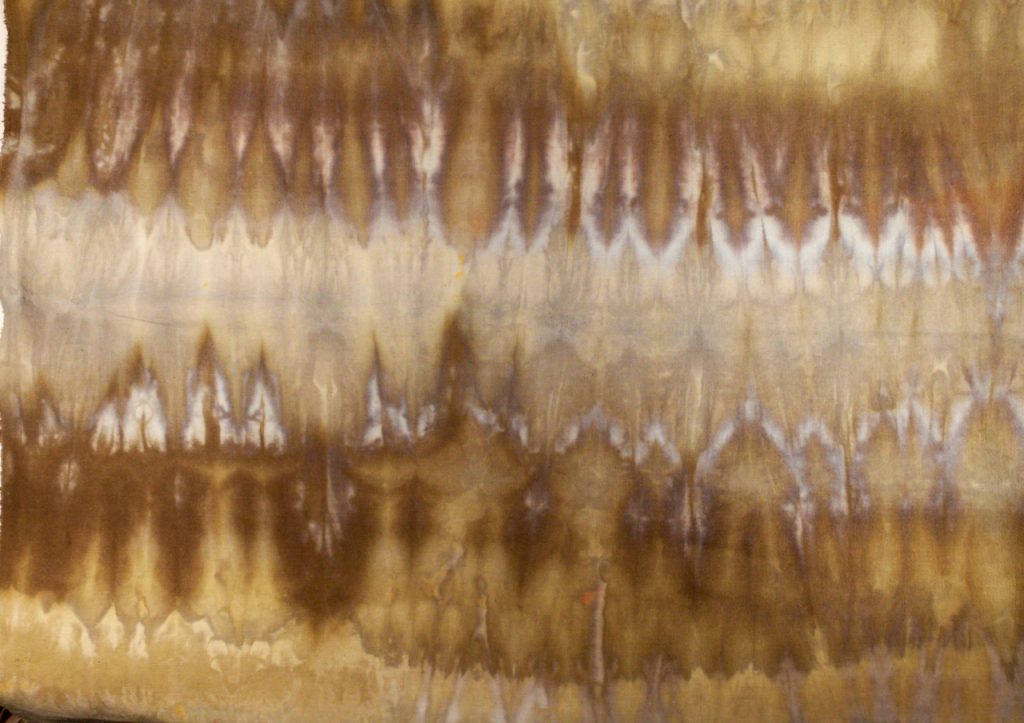 I also tried some Itajime folding which produced some stunning results. 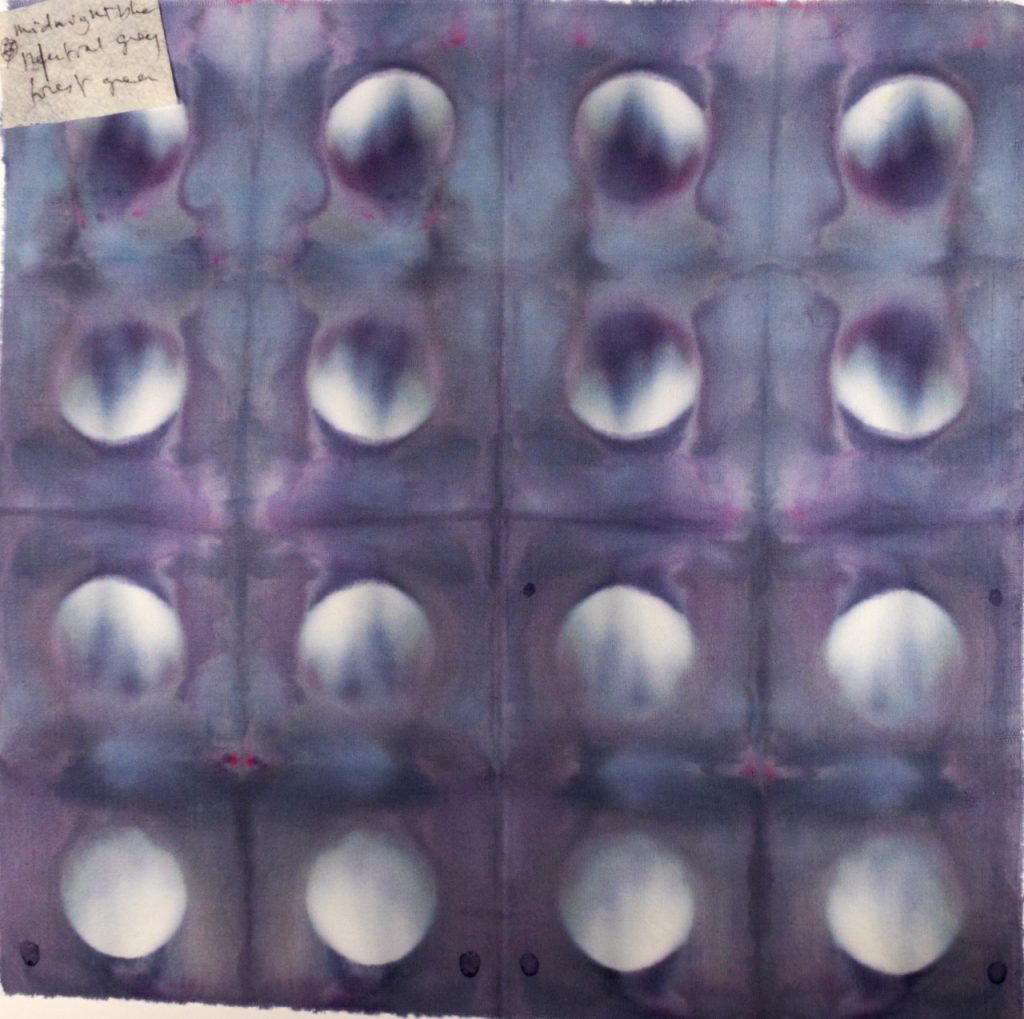 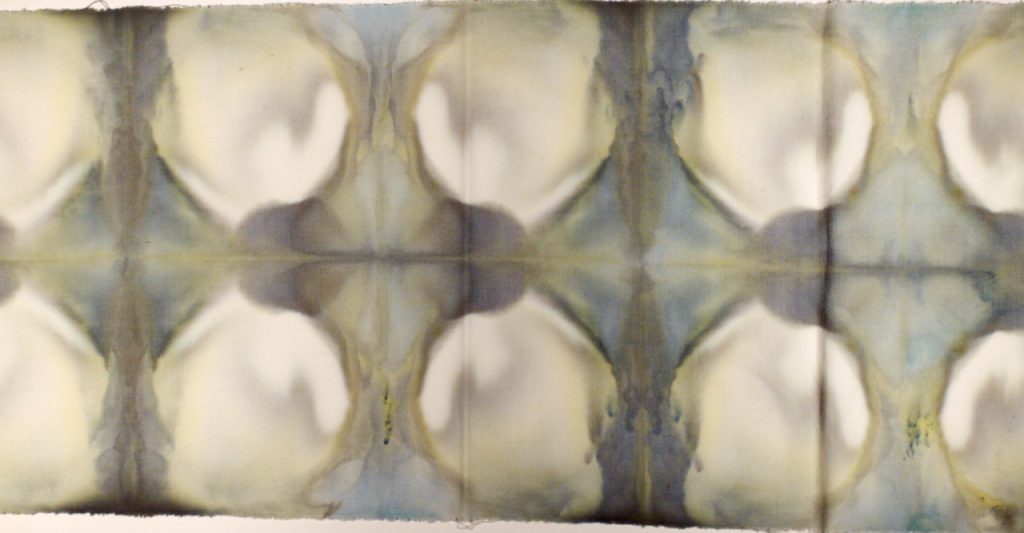 Cloth first folded diagonally, then into triangles, with a clamped triangle resist.  Teal and bronze: 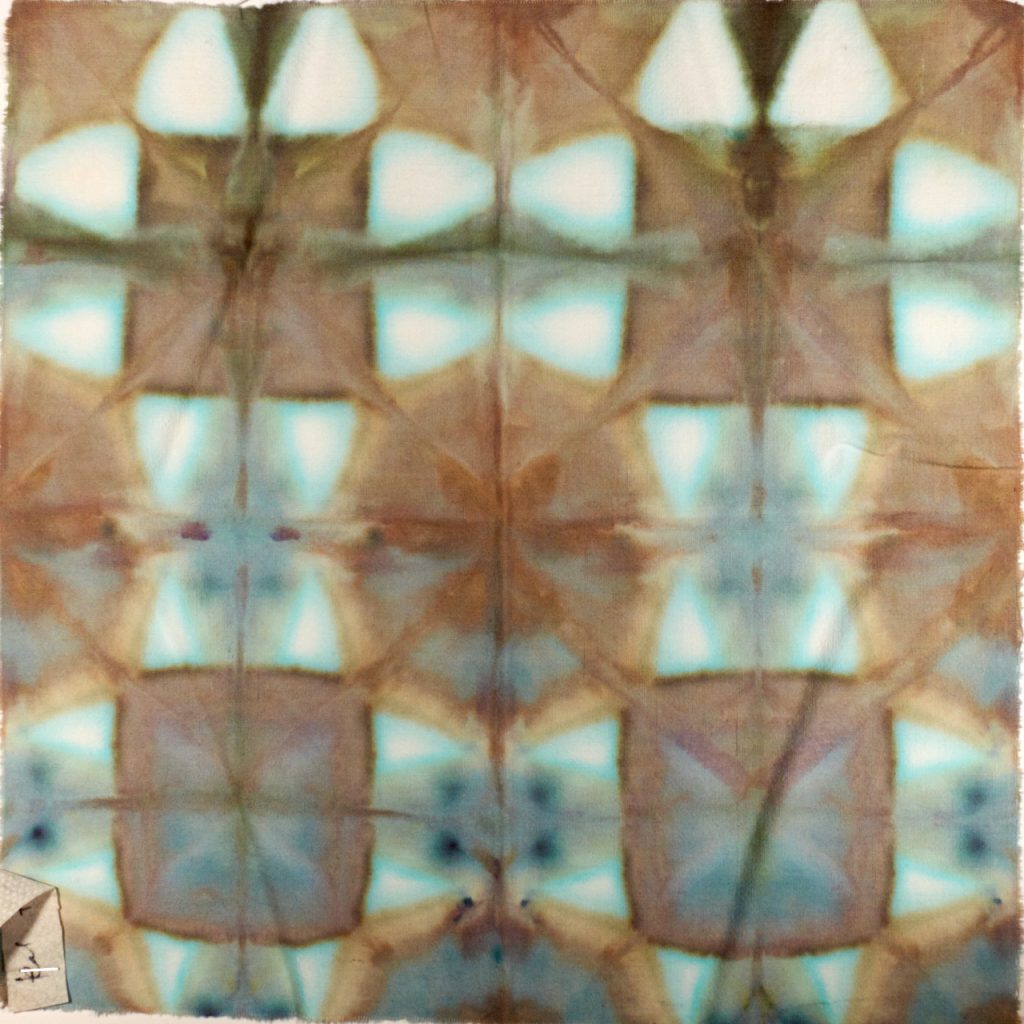 Same as above, but using clothes pegs instead of a resist and clamps: 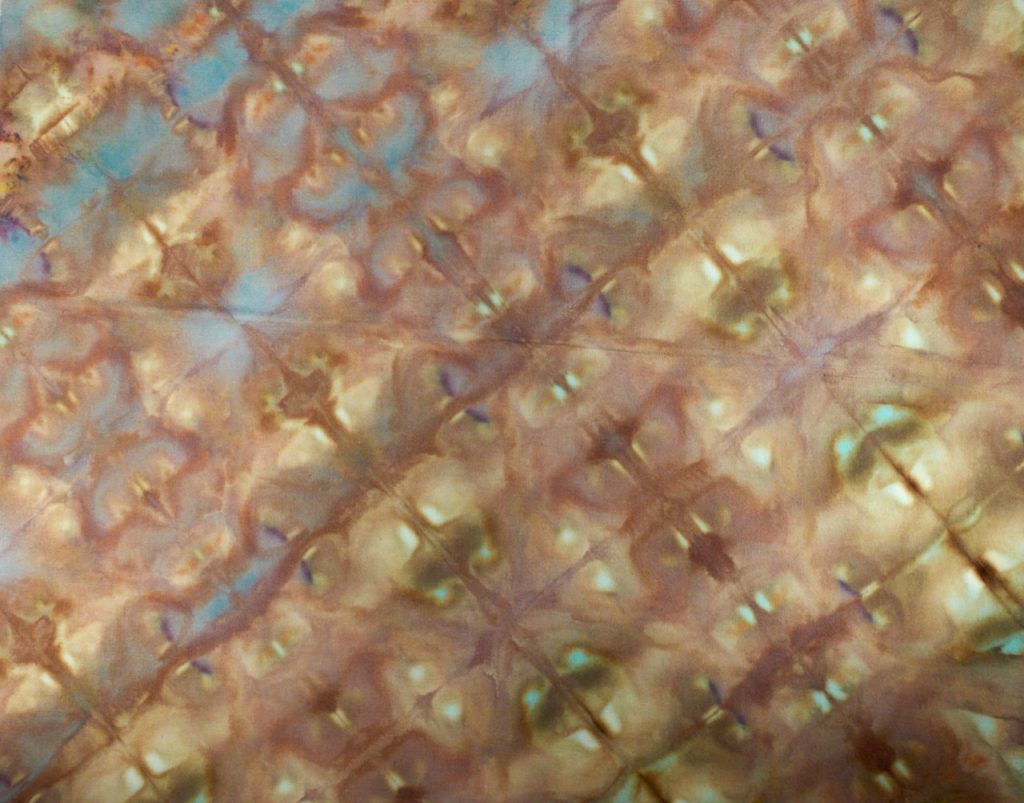 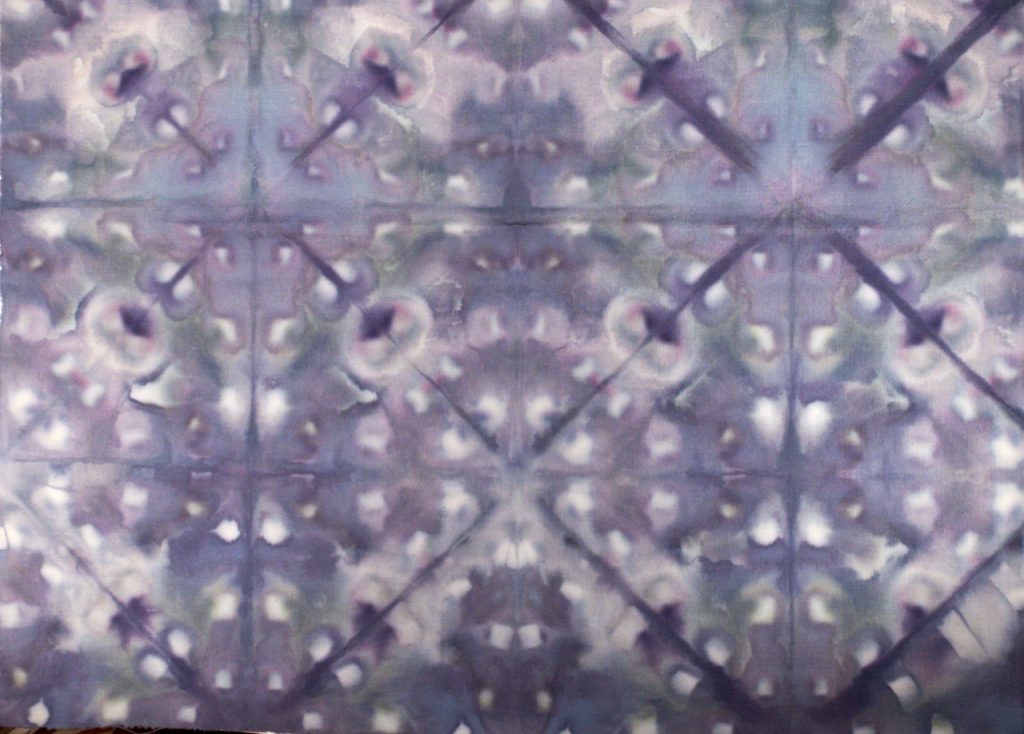 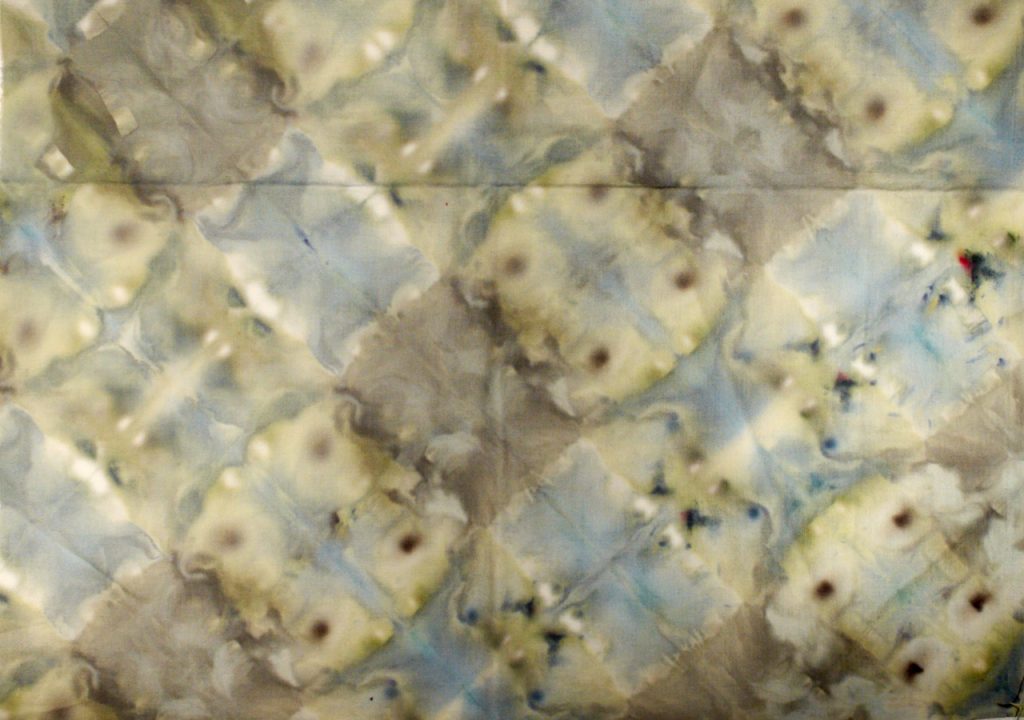 I also dyed some embroidery yarn which worked really well and two t-shirts which I love: 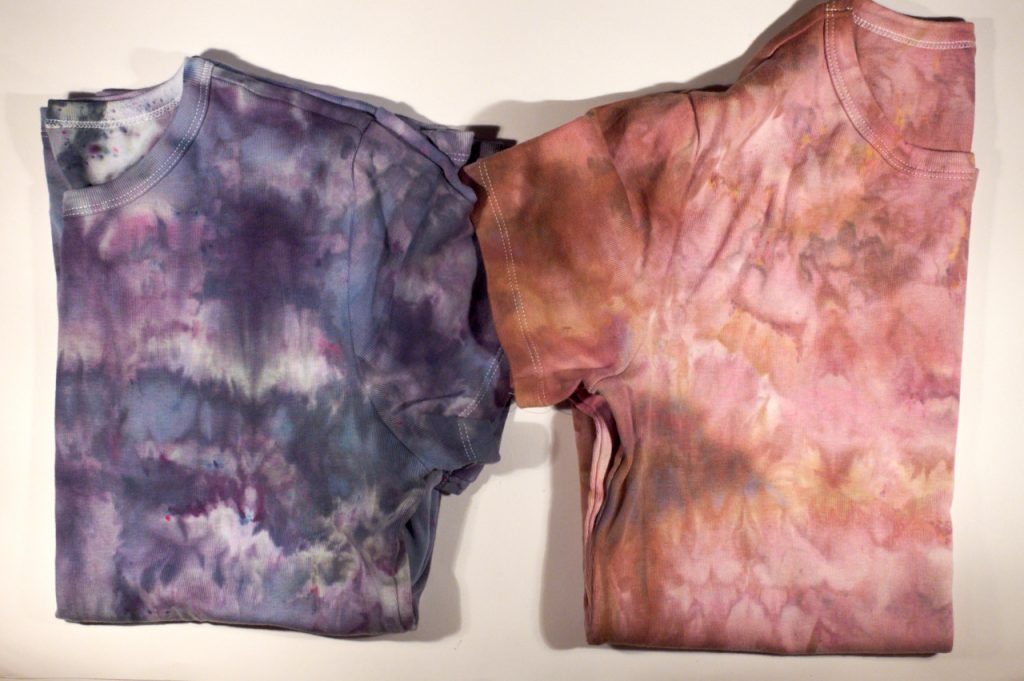 And this is the one that went in the indigo bath: 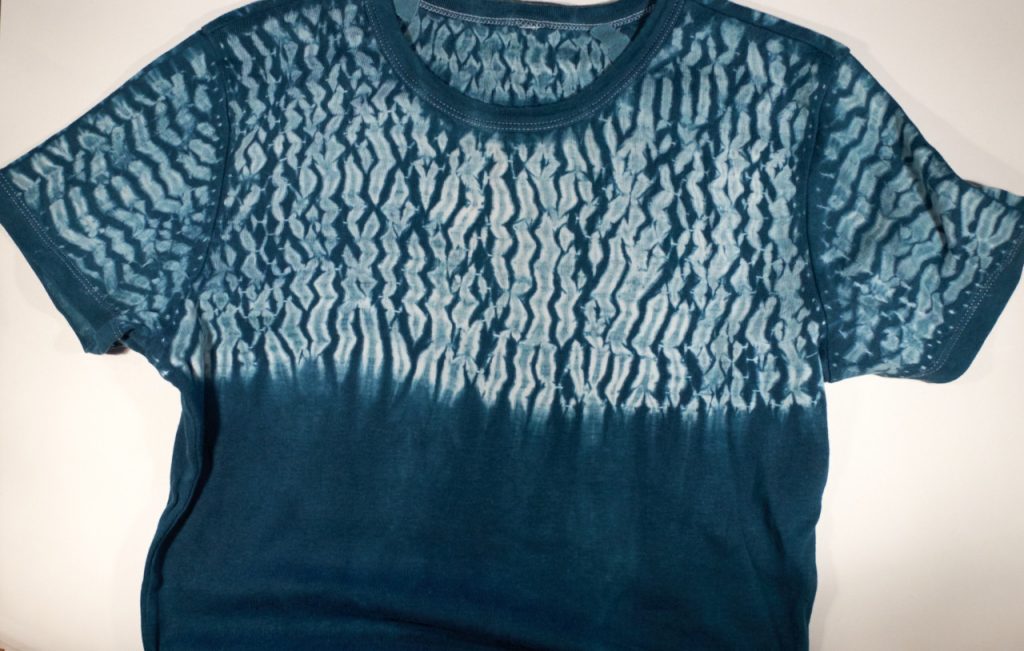