My first attempts with automatic patterns were not very successful – too many holes. I also found it much easier to use a frame. 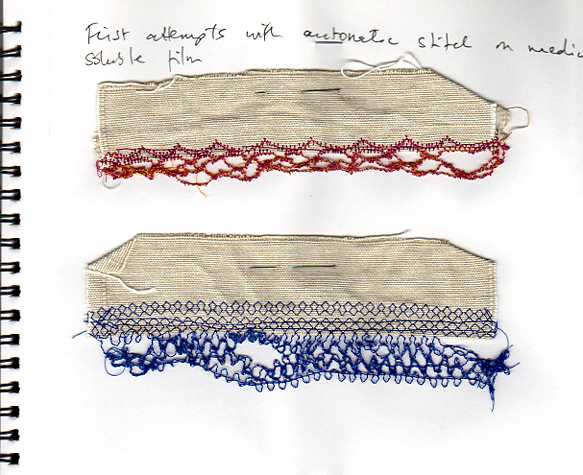 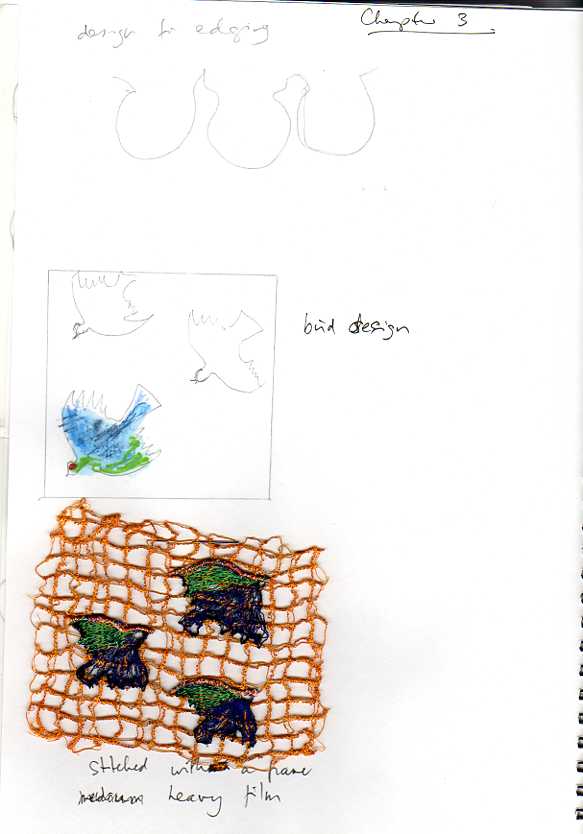 The bird design above was stitched using a frame.  I first stitched a simple grid which I then enhanced with a grid using an automatic stitch.  I added a machine cord along one edge.  I was originally going to have the birds the other way up, but felt it looked better this way.

The following designis taken from the egg shapes.  It didn’t work too well not using a frame, the second attempt worked a lot better. 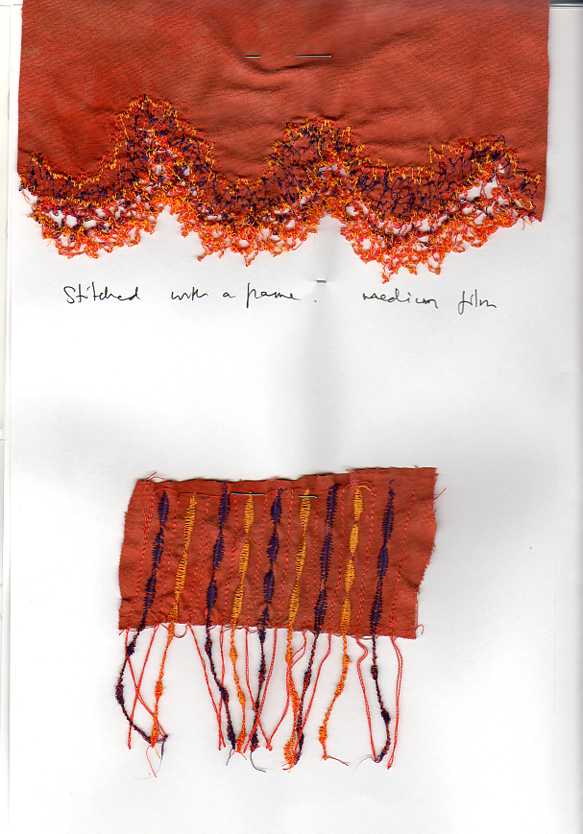 The tassels worked well – I used medium soluble film again.  I can see the potential here for lots of uses.  I like the grids too.  The feathers would work well in appliqué, probably need to be larger. 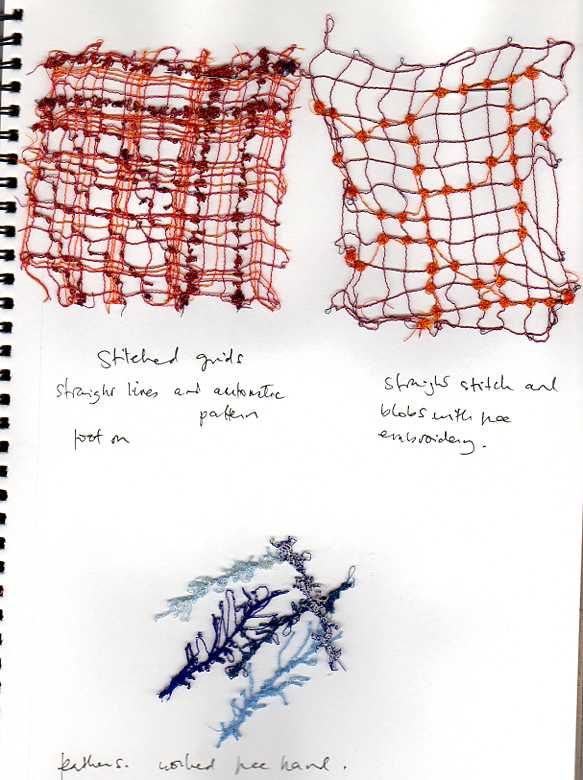 The birds below were printed onto water soluble paper.  My first attempt at this was a disaster which fell to bits.  On this one the paint still wasn’t thick enough as it has disappeared in some areas.  Without the grid it would not have held together at all.  I find this a difficult medium to use.

Aquabond works well for holding snippets in position for stitching.  I mayve used too much stitching in the second example , it has made a very dense piece. 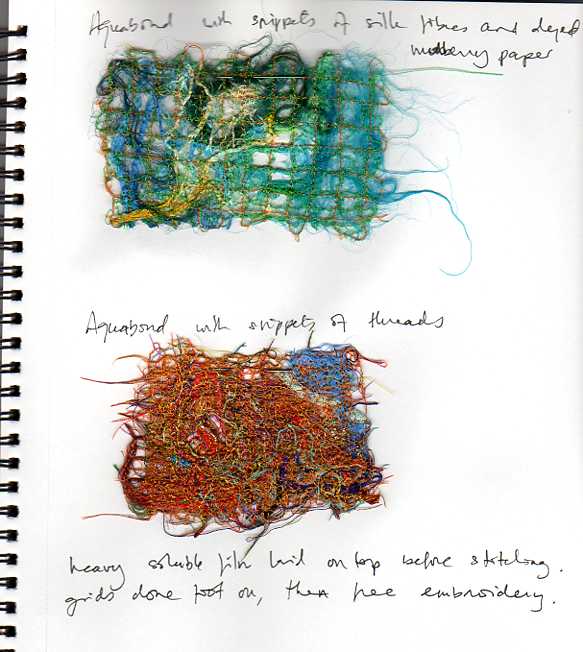 I love using dyed scrim with soluble film, together with other fibres. 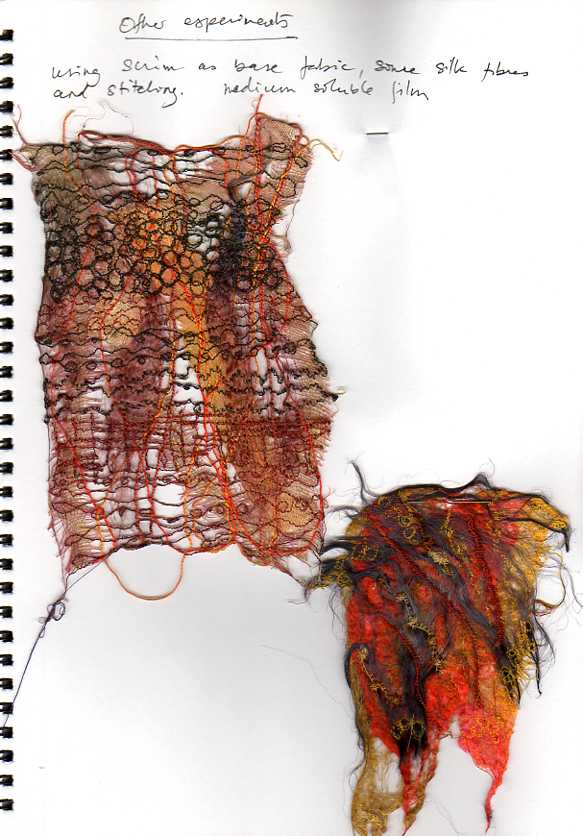 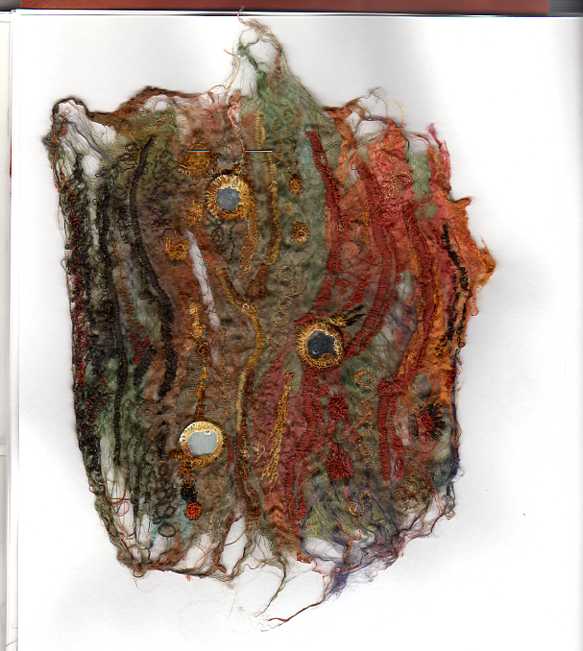 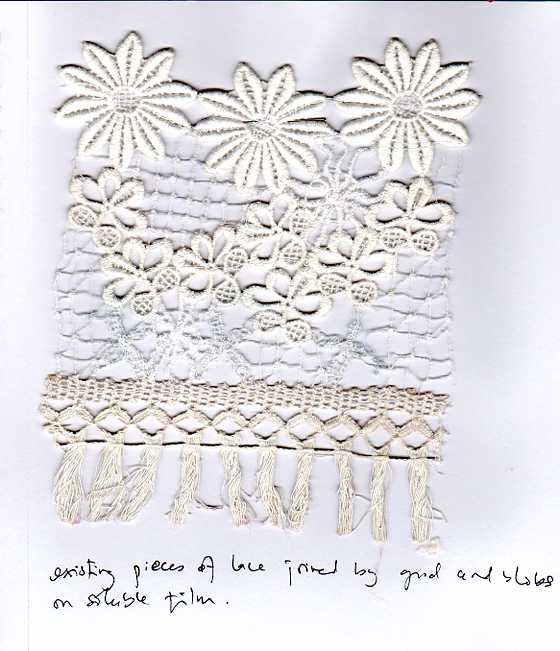