I love the subtle effects that paintsticks give and how you can blend colours.  In this first example on black paper, some of the paper came away as I removed the masking tape – the lighter areas. The second sample is on black fabric. 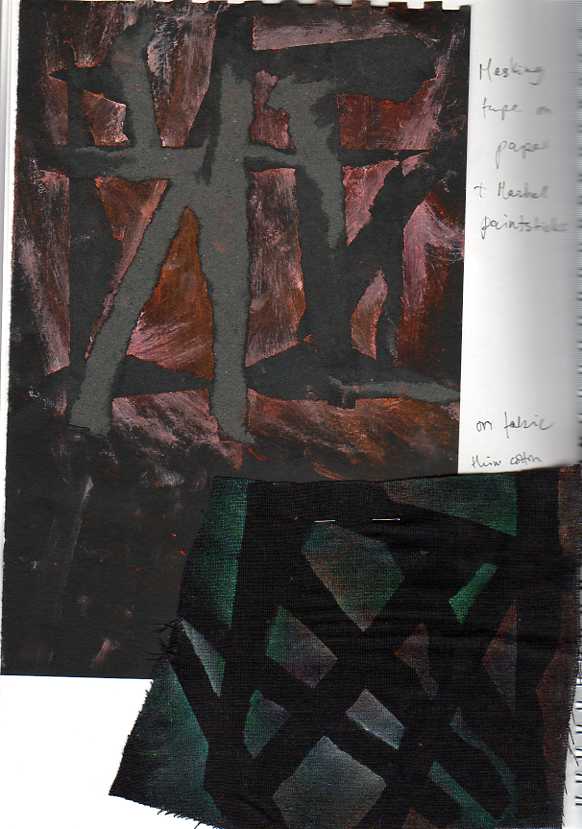 In the bird sample below I was worried that the paint had got underneath the freezer paper,  but I rather like the effect this has produced.  I brushed on the orange first, then the blue. 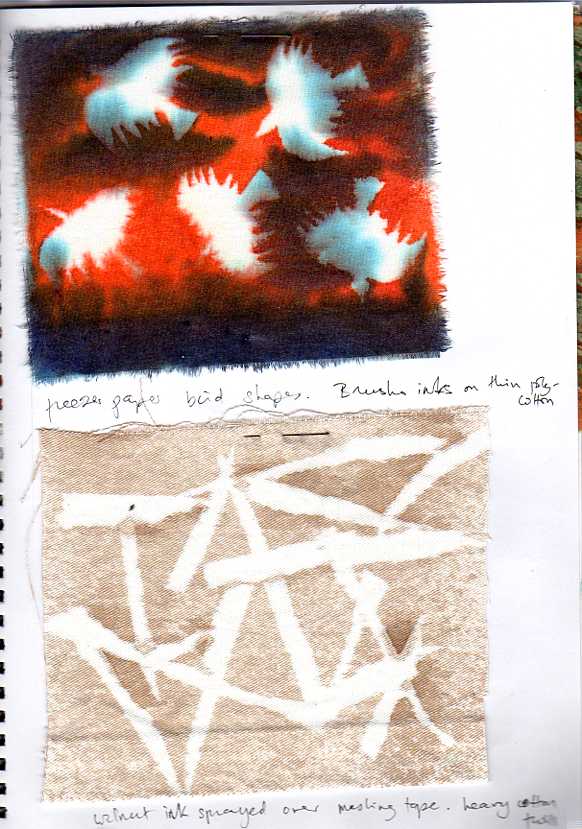 The yellow fabric paint does not stand out very well from the black fabric below, but both pieces have a subtle effect. 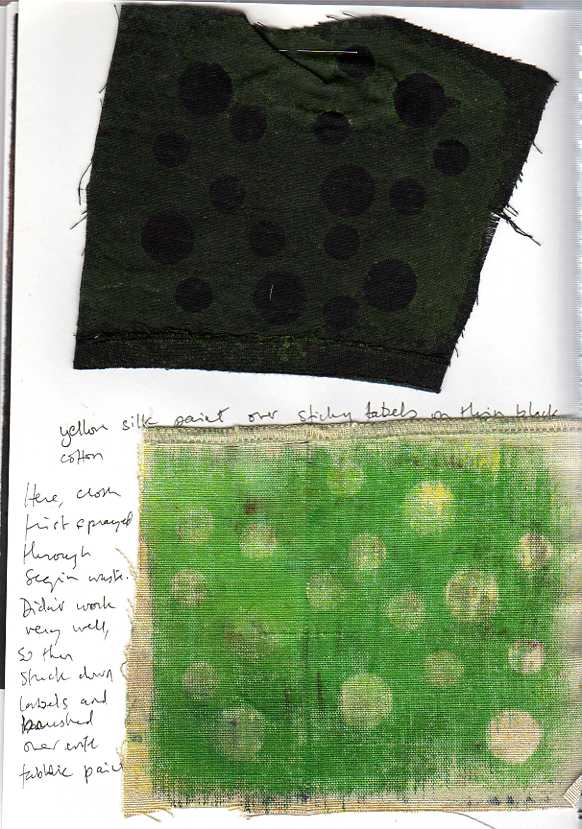 Apart from the undesired blobs of wax, I think the two colours work well together here.  The fork gradually changed shape as I dipped it in the hot wax! 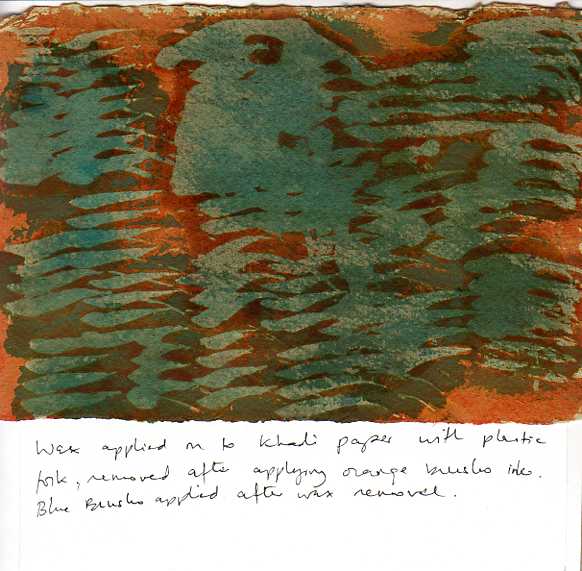 Below, the fabric was a bit too thin as the bleach spread beyond the holes. 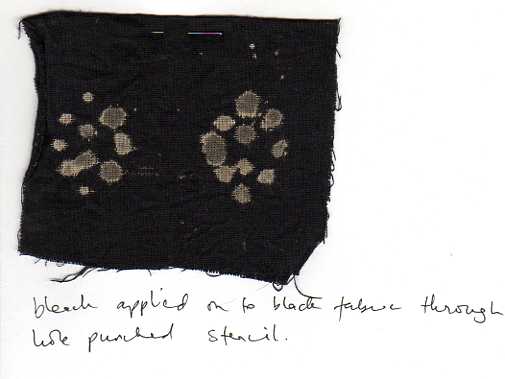 As I love the effects you can get with compressed sponge I did several experiments with an egg shape.  Below I used bleach on black khadi paper.  This worked a bit too well, not leaving many speckles. 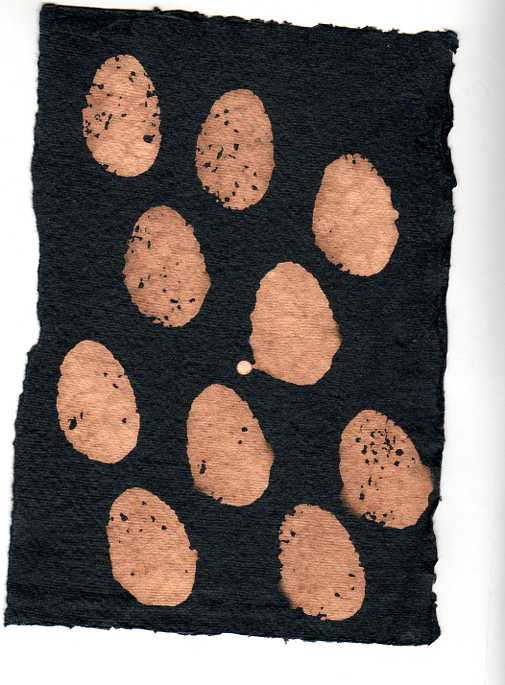 Bleach applied on paper painted with Koh-i-nor.  Too much removes all the colour, a bit less gives interesting effects. 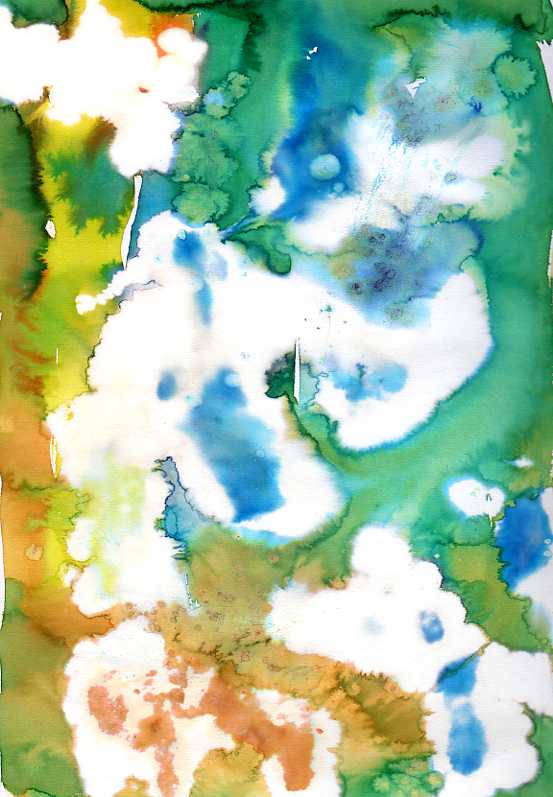 Decolourant brushed on the jeans fabric

Decolorant sprayed through plastic mesh on to a predyed red cotton fabric (an old skirt), that had been passed through an indigo vat.  Only partly successful as I had trouble with the spray.  It is interesting how the greenish colour has appeared out of nowhere! 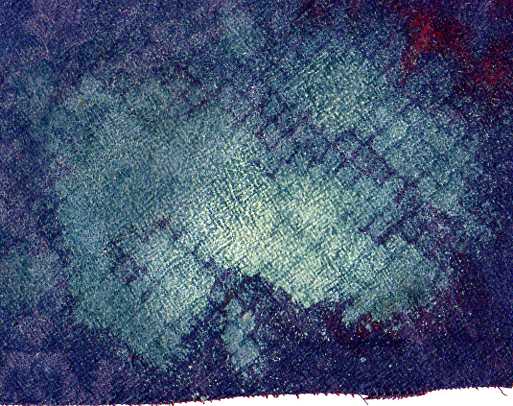 Next I dipped the sponge in wax and brushed on blue fabric paint before ironing out the wax.  I did a bit of experimental stitching, using whip stitch for the patterning on the eggs.

This was a tree mask made from freezer paper.  I then sprayed on Decolorant.  I cut a bird shaped stencil which I coloured with Brusho inks.  I added a bit of stitching.  I think this could be explored and worked on further. 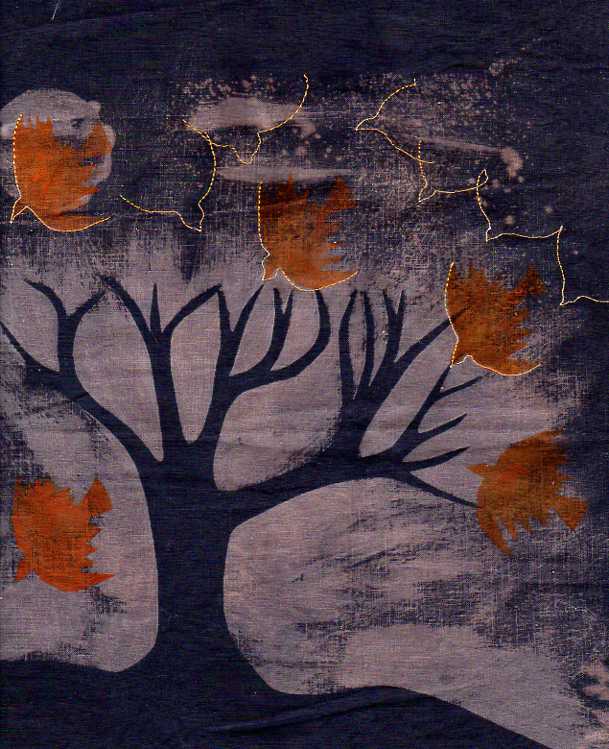