I found a beautiful pine cone whilst in France in June.  It must have been lying there for some time as most of the scales had fallen off leaving just a few at the base and exposing the empty husks swirling around the cone. 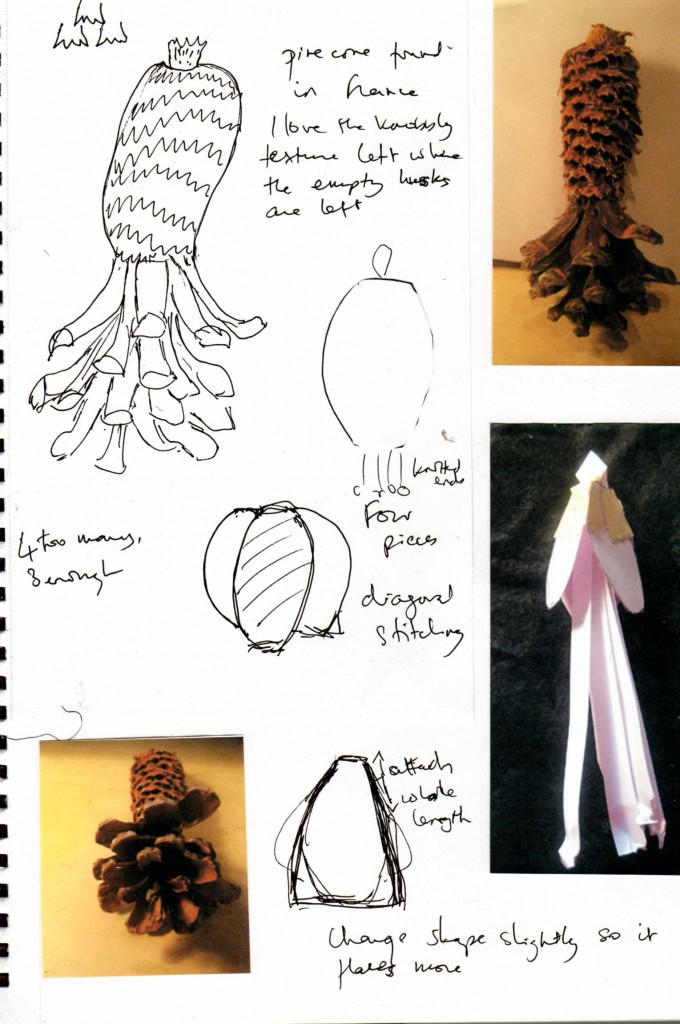 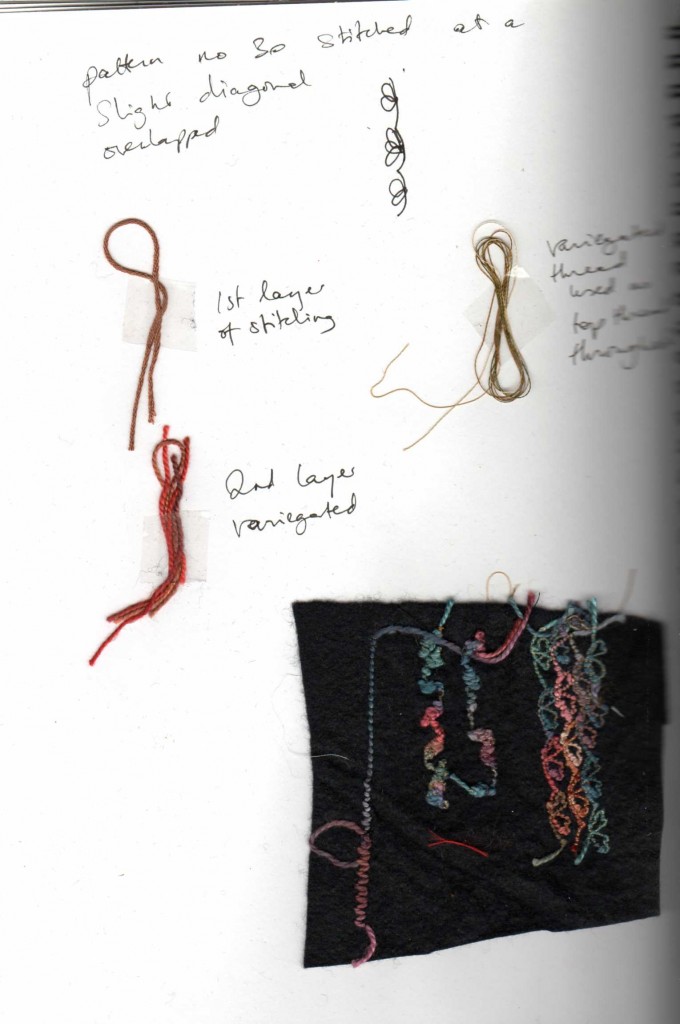 I needed to use a fairly open pattern otherwise the stitching would just look a mess.  I used different patterns for the top and the skirt, ones I felt had the same sort of swirly feel to them.  I stitched over the top pieces at a slight diagonal to echo the way the scales are attached to the cone. 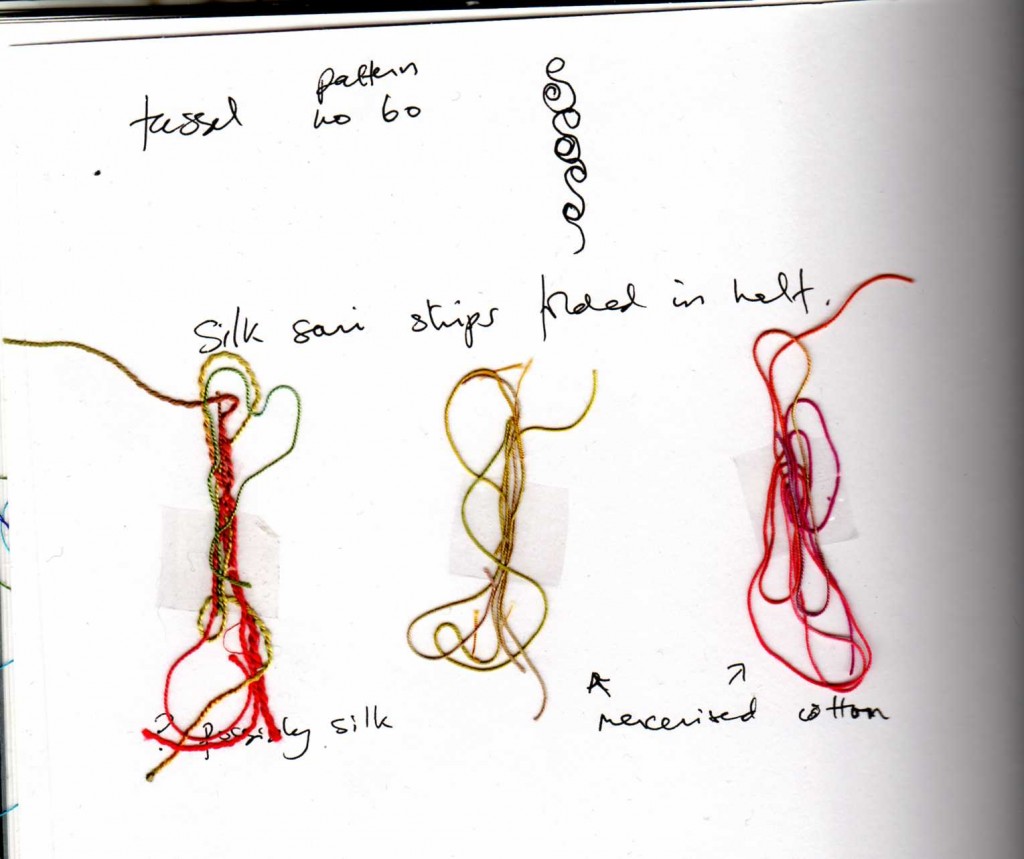 I folded the sari strips in half lengthways to give a width in better keeping with the size of the top, and it also made stitching easier.  I knotted the ends to echo the knobbly ends of the pine cone scales. 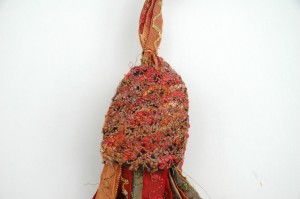 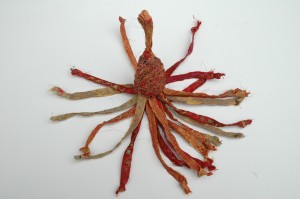 This was my first attempt at making a 3D object. I feel it is a reasonable interpretation of the original cone.  Maybe the top should have been a little longer to reflect the original shape,  but as I have changed the relationship between the top and the skirt anyway I think it looks OK as  tassel.